The Laws of Purim

Megillat Esther or Scroll of Esther recounts the story of how a seemingly unrelated series of events unfold to bring about the salvation of the Jewish People from being eternally destroyed.

After the destruction of the first Temple around 4th Century BCE, the Jews, exiled deep into Persia, came under the rule of the evil King Ahasuerus who had an even more evil advisor, Haman, who hated the Jews and decided to kill them. He convinced the King to issue an edict ordering the total annihilation of every single Jewish person

. Shortly before this event, the King threw a lavish party in the capital city of Shushan, which culminated in him killing his wife, Queen Vashti. After a drawn-out international search, he appointed a new Queen, Esther, whom he did not know was Jewish. Mordechai, a holy Rabbi and advisor to the King, uncovered an assassination plot to kill the King and subsequently managed to convince his niece, Queen Esther to save the Jewish people by talking to the King. At risk of her own life, Esther did so without being summoned. She revealed her own Jewish identity to the King and exposed Haman’s evil plans. The tables were turned, the King was furious at Haman and decided to kill him and his 10 sons on the very gallows which Haman built to hang Mordechai and the Jews are saved.

Seeing as Haman had signed his decree with the seal of the King however, it was irrevocable. The King therefore needed to make a new decree allowing the Jews to defend themselves on the designated day. This day was the 13th Adar. The Jews defended themselves from the onslaughts of their attackers and were victorious. On the following day they rested from battle and celebrated their triumph. The Jews that lived in Shushan fought for another day on the 14th Adar and therefore the celebrations were postponed there until 15th Adar.

Find out how we’re celebrating Purim at JPulse

The Megilla relates that Esther, prior to going to visit the King uninvited (which in Persian law was a crime punishable by death unless the King extended his royal sceptre) requested that the Jewish People observe a three-day fast beforehand. Another source for this fast is that the Jewish People were likely to have fasted and prayed as a Spiritual preparation for defending themselves against Haman’s decree.

the days that the Temple stood in Jerusalem, the custo

m was for everybody to give half of a silver Shekel and the beginning of the month of Adar. This money went towards the communal offerings of the Temple service. The merit of this donation stood by us many centuries later when Haman paid 10,000 kikar of silver to King Ahasuerus as a bribe to hand over the rights of the lives of the Jewish People.

Kriat Ha’Megilla – Reading of the Scroll of Esther

The end of the Megilla informs us: “All of his [king A 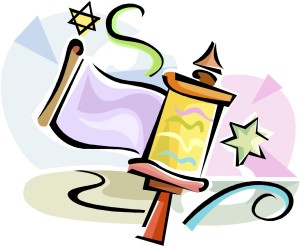 hasuerus] mighty and powerful acts, and a full account of the greatness of Mordechai…are recorded in the chronicles of the Kings of Media and Persia.” The message being that if you’re interested in history, you can search through the archives and annals and you’ll find plenty of information about the events of the Purim story. The Megilla however, is not a historical account or journal, rather, it tells of a story of Divine Providence. The events recounted within unravel to reveal the Hand of G-d guiding the fate and destiny of the Jewish People.

One of the primary reasons for the continuity of the Jew

ish People throughout history is the aspect of unity that we have always shown as a nation. Purim is no exception to this rule and it is precisely the unity with which we faced the challenges that kept us alive.

Matanot Le’Evyonim – Gifts to the Poor

Giving charity (tzedakah) is one of the fundamental principals in Judaism as it expresses the appreciation that we are not living in bubble, disconnected from the rest of humanity. It also makes a statement of recognition that any money which we receive is a gift from G-d and is therefore our responsibility to use it for the right reasons and funnel it to the appropriate cause.

The danger that we faced on Purim was physical in nature, in that Haman

wanted to kill every single Jewish person. The appropriate way of rejoicing, therefore, is by celebrating our physical lives and bodies by eating and drinking. There is also a special Mitzvah to get drunk on Purim until one doesn’t know the difference between “cursed is Haman” and “blessed is Mordechai” for after all, the Megilla teaches us that there really is no difference. At the end of the day, Good will always overcome Evil. We also have a custom to dress up in costumes on Purim as an allusion to the nature of the Purim miracle being in a hidden manner.