Looking Beyond the Megilla

When asked to sum up the Jewish festival calendar in a few words, we could answer quite simply: “They tried to kill us; we won; let’s have a party and drink some le’chaims!” It seems, looking at the basic story, that Purim is just another perfect example of this rule.

After the destruction of the first Temple around 4th Century BCE, the Jews, exiled deep into Persia, came under the rule of the evil King Ahasuerus who had an even more evil advisor, Haman, who hated the Jews and decided to kill them. He convinced the king to issue an edict ordering the total annihilation of every single Jewish person. Shortly before this event, the king killed his wife and appointed a new queen, Esther, whom he did not know was Jewish. Mordechai, a holy Rabbi and advisor to the king, manages to convince his niece, Queen Esther to save the Jewish people by talking to the king. At risk of her own life, Esther does so without being summoned. She reveals her own Jewish identity to the king and exposes Haman’s evil plans. The tables are turned, the king is furious at Haman and decides to kill him and his 10 sons. The Jews are saved. We throw a party to celebrate (and have lots of le’chaims)!

To understand the true depth and beauty of Purim and the Megilla, we need to dig a little deeper.

Exactly 30 days after Purim, we celebrate the festival of Pesach. Our great Rabbis tell us that this is no coincidence. The juxtaposition of these two festivals is the theme of redemption; being saved. “Masmich geula le’geula” – connecting salvation to salvation.

The comparison of Pesach and Purim is clear. What we celebrate at Pesach time is another instance in Jewish history where the Jews were under extreme persecution, threatened to be wiped out, and were saved at the end of the day (that’s why we have a party and drink some le’chaims at the Seder night too!).

The major difference between the two festivals is the manner in which we were saved. At Pesach time, we left Egypt in a flurry of miracles. Supernatural plagues of water turning into blood, wild tropical animals appearing out of nowhere, hail-stones made of fire and water, instant death to all the first-born to name but a few. Afterwards, we experienced the splitting of the Sea, allowing the Jewish people to walk through on dry land, eating fresh fruit from trees which miraculously sprouted from the seabed and drinking fresh water which spouted from the walls of the sea on either side of them. This culminated in the receiving of the Torah at Mount Sinai on Shavuot directly from G-d Himself!

Purim however, is a very different scene. On a surface level, it sounds like the classic story of Jewish courage, perseverance and ingenuity. When reading through the Megilla, you could easily be mistaken in thinking that it is actually just another novel, taken right off of the shelves of Barnes & Noble or downloaded straight onto your Kindle Fire. Your suspicions are backed up by the fact that the name of G-d isn’t even mentioned once, the whole way through. The only problem with your hunch is that our tradition counts the Megilla of Esther as being one of the 24 Divinely inspired books of the Torah, meaning that there must be much more going on than meets the eye!

Pesach is all about open miracles. G-d changes the laws of nature to show his Might, leading to a revelation and realisation that He is the ultimate Creator and Sustainer of the world. It is plainly visible to everyone who witnesses the events and no one can deny the facts.

Purim, on the other hand is about hidden miracles. Those little things which happen totally “by chance” which make everything turn out right in the end. The day-to-day happenings which at the time look like a series of unrelated events, but in hindsight, were absolutely inextricably linked and guided to bring about the right ending. If one witnessed the story of the Megilla, they would have experienced exactly that. The story took place over 10 years and at every point throughout, it seemed that all was lost. Only when the salvation finally came were they able see that indeed there was a master-plan all along. This necessitates not only a deeper understanding of events and the right perspective but also requires one to entertain the possibility that there is someone behind the scenes guiding things.

Many people have made spiritual journeys in their lives, searchin 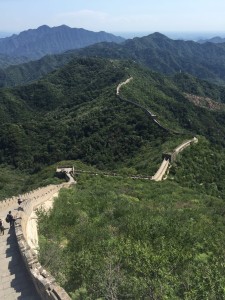 g for a Higher Meaning or Purpose. Often, these people will hit a brick wall and end up making ultimatums or deals with the Higher Power saying, “Just reveal yourself to me and I’ll do anything you want. I just need to see a sign to know that you’re there and then I’ll accept it all!” They wait and wait but nothing happens. No heavens parting to reveal a bright light and the booming voice of G-d. No angels coming down in fiery chariots. No prophetesque trance or revelation (depending on which hallucinogen they took to induce it!).

Purim teaches us that before expecting to see open miracles and grand revelations, we first have to make the effort to gain an awareness that all the simple events that we experience in our own lives are really manifestations of the Divine will, unravelling and revealing G-d’s active involvement and care for all of His creations. This time of the year offers us the rare opportunity to tap into the recognition that although we may have challenges in our lives and even experience suffering, if we look deeply enough, we will always be able to see the Hand of G-d guiding our fate, every step of the way. Now that’s something to drink le’chaims about!