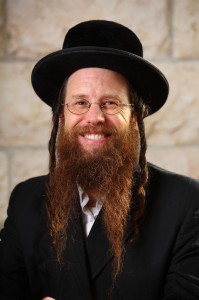 Before moving to Israel, Rabbi “Y.Y.” Wenglin graduated with a B.A. cum laude in History and Literature from Harvard University and with a JD from the UCLA School of Law, where he was a member of the Law Review and a lead performer in the law school musical all three years. After law school, Rabbi Wenglin joined the Manhattan law firm of Paul, Weiss, Rifkind, Wharton & Garrison as a corporate associate, working in their mergers and acquisitions subgroup. The potential of Rabbi Wenglin’s growth towards becoming a partner was tangible, but he ventured to put on hold that success in order to learn more about his Jewish roots. He moved to Jerusalem, where he started taking introductory classes at Aish HaTorah, a yeshiva that educates young, Jewish men who were raised in non-observant homes about Torah-observant Judaism. While at Aish, Rabbi Wenglin taught periodically in the Essentials program as well as on several Jerusalem Fellowships trips, for which he also served as a madrich (counselor) on many occasions.

After some years of hard work and growth at Aish, Rabbi Wenglin became a part-time student/part-time staff member of a new yeshiva called Lev Yisrael. Soon thereafter, he became a full-time member of the teaching staff and he was named Director of Education. After filling that role for a year, he was promoted to be Executive Director of the organization, a position that he held for over three years until he determined that the time was right to hit the road and bring his package of talents and experiences to audiences in North America, where he is currently an in-demand guest speaker for college-campus and community-based outreach programs. Additionally, since 2001, Rabbi Wenglin has been a lecturer in Jerusalem for JEWEL, an introductory program for Jewish women. He is currently on the teaching staff at Yeshivat Ashreinu, Pninim Seminary, Azamra Seminary, and Baer Miriam Seminary. He has also been a member of the teaching staff at Yeshivat Sha’arei Mevaseret Zion and the Midrasha Program of the Olamot Seminary. He has been a featured lecturer for the MEOR summer programs from 2009 to the present, for the YES program of Yeshivas Darche Noam (“Shappell’s”) from 2010 to the present, for Ohr Somayach Israel trips HaMerkaz and JLE Programs since 2010, as well as for Aish HaTorah’s Aish Machal Program since the spring of 2010. He is a guest speaker for the Aishet and Achim Kiruv Training programs in Israel, all the while making freelance teaching appearances in Jerusalem and surrounding cities. He and his family live in Ramat Beit Shemesh.

Back to JED page