Comeback of a century

According to the Economist it took approximately forty years (from the year 1900) for the world Jewish population to grow from 10.6 million by approximately 6 million. The Nazi’s brutally murdered approximately six million during WWII. Today, due to immigration to Israel, the majority of Jews live in the Holy Land. Our grandparents and great-grandparents could not have imagined such a happening in a million years. 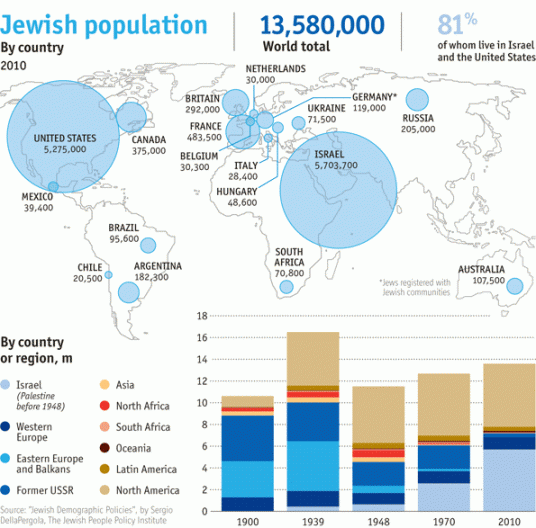