Here’s the catch. To enter into the competition, each community had to raise $12,500 before kick off, 6:30pm on Sunday. The launch time was at high noon on Thursday before the game giving about 48 hours considering that both communities keep the Shabbat holy and do not work from sundown Friday evening until three medium sized stars are visible on Saturday night. Although Beth Jacob had a generous $5,000 matcher for the first $10,000 and received just over $18,000 before kick off while JPULSE pulled together just over $12,500.

Nonetheless, after a miraculous win by the New England Patriots in the fourth quarter and in overtime, both communities walked away with just over $18,000 each in donations. Thirty-six is chai x 2. Chai means life in the Holy Language making $36,000 especially meaningful and uniting both communities! Great job to all. Everyone is a winner!

Thank you to all who participated!!! 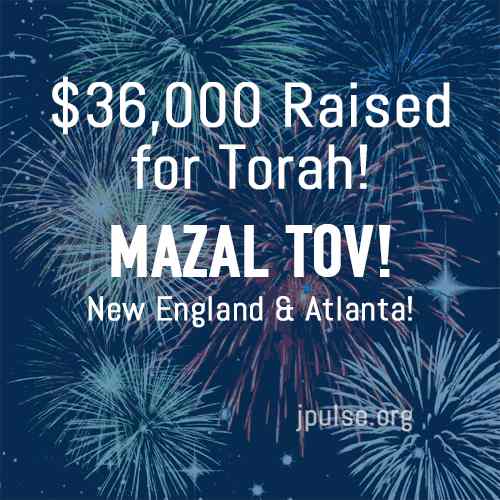