The Elevation Project, Meditation and Mindfulness

Meditation can be scary.

I visited with Rabbi Daniel Katz in Jerusalem, Israel to hear more about The Elevation Project. We are old friends from our early days in yeshiva so it was wonderful to get reacquainted with each other. It literally felt like we picked up where we left off. I was more litvish and he was more chassidish in those days as well. Our dialogue today was especially fascinating since we’ve both gone in the same direction, helping people learn Torah and find HaShem and integrate Him into their lives in a healthy way, but we’ve approached this from two different angles.

We met in his office where I recorded some video that I may release down the road, more as a podcast. I asked him for a taste of the Elevation Project which he’s been working on for 15 years. He has distilled the Wisdom of the Torah into potent lessons for transformation of self and has recently made this material public on his website. The taste he gave me was rather unexpected.

We went into the nearby forest in Jerusalem and he explained to me that this is a special place where he goes to speak with G-d. Hitbodedus is not something I’m unfamiliar with. Followers of Rabbi Nachman of Breslov and other chassidic sects formalize an informal conversation with G-d in this form of quasi-meditation quasi-prayer. It is an experience of unplugging from the “normal” world around us to get back in touch with ourselves and the more important things in life. Remove the distractions.

The Gemara in Berachos explains that the early Chassidim of the Talmud used to sit for an hour before prayer in some form of meditation on G-d. The Talmudic Chassidim thousands of years ago are not to be confused with today’s chassidim who practice Judaism as it was transmitted to future generations by the Baal Shem Tov, the founder of the Chassidic movement which began just a few hundred years ago. Nonetheless, I was caught off guard when I noticed several chassidim also slowly walking in the forest. People were clapping randomly and screaming out. It certainly wasn’t the normal frolicking through the woods but it did put me in a deeper place.

Stay Positive: Never Give Up Rabbi Katz meets all sorts of inspirational people on the streets of Boston, doing their thing, staying positive and mastering their crafts.

I bought the wrong chips  Rabbi Katz prepares for a visit with Jeffrey Davis and finds out some insight into his fascinating background. 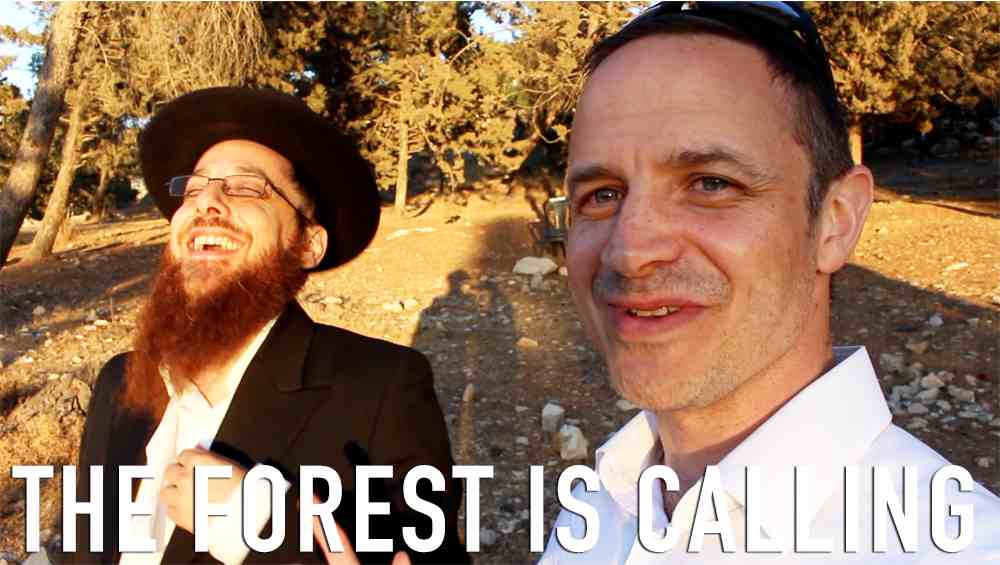